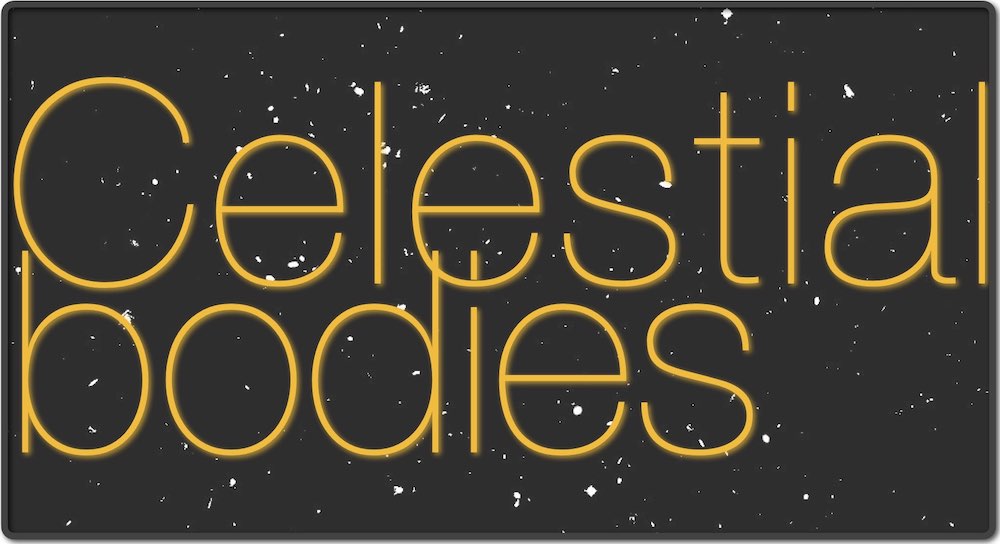 The letter to 52 experts 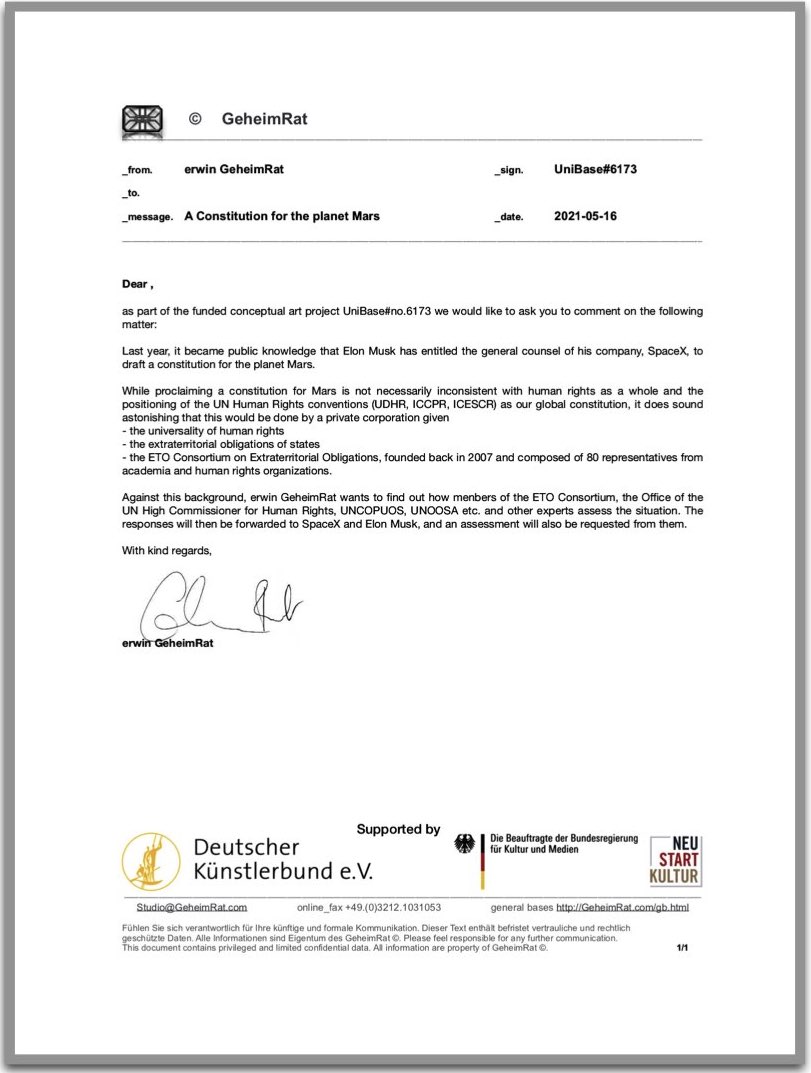 as part of the funded conceptual art project UniBase#no.6173 we would like to ask you to comment on the following matter:

Last year, it became public knowledge that Elon Musk has entitled the general counsel of his company, SpaceX, to draft a constitution for the planet Mars.
While proclaiming a constitution for Mars is not necessarily inconsistent with human rights as a whole and the positioning of the UN Human Rights conventions (UDHR, ICCPR, ICESCR) as our global constitution, it does sound astonishing that this would be done by a private corporation given:
- the universality of human rights
- the extraterritorial obligations of states
- the ETO Consortium on Extraterritorial Obligations, founded back in 2007 and composed of 80 representatives from academia and human rights organizations.

Against this background, erwin GeheimRat wants to find out how menbers of the ETO Consortium, ...

... the Office of the UN High Commissioner for Human Rights, UNCOPUOS, UNOOSA etc. and other experts assess the situation.

The responses will then be forwarded to SpaceX and Elon Musk, and an assessment will also be requested from them. 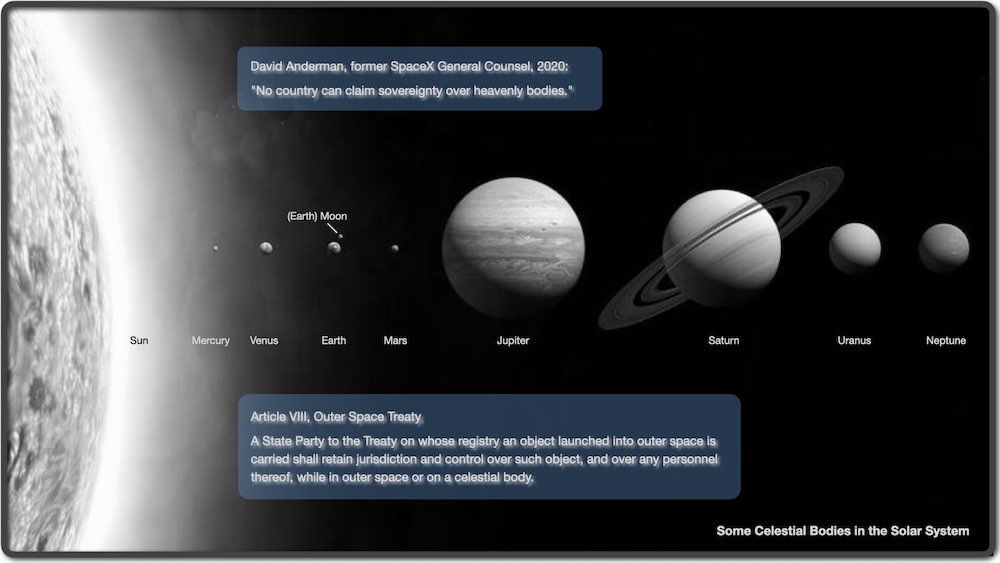 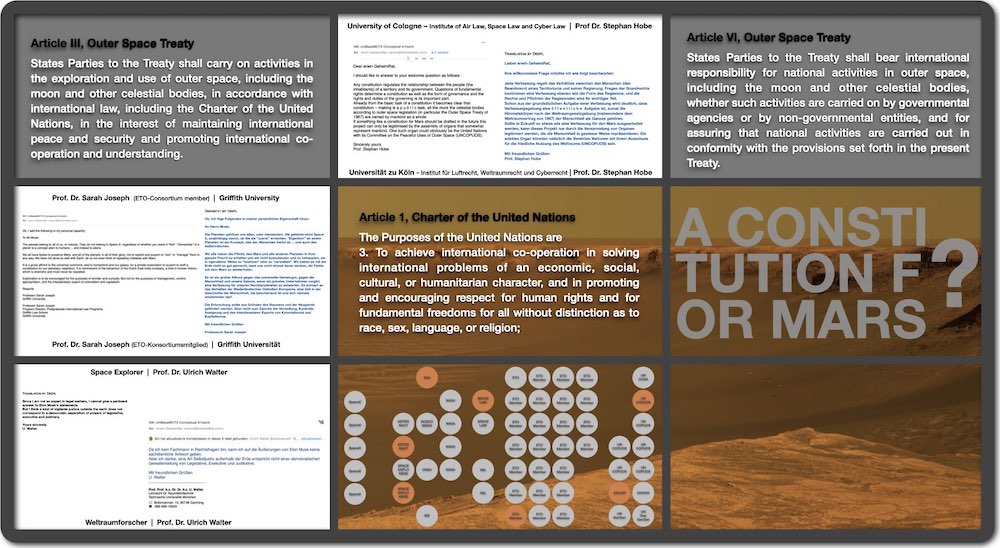